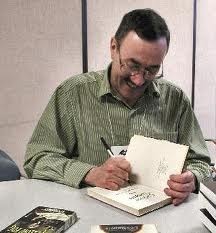 It is with great sadness that we report the passing of author and comic book historian Les Daniels, who left us on November 05, 2011 at the age of 68.

Lots of us with published work on the subject tend to call ourselves “historians” – but the term might never have been truer and more accurate as when it was applied to Les Daniels.


Daniels’ book “Comix: A History of Comic Books in America” (1971) was my FIRST look into this world, and was invaluable in its influence on whatever it is that I’ve done – solo, or in conjunction with others – in fanzines, comics, Blogs, and even a DVD feature.


Yes, folks… You have HIM to blame! Go easy on him, please! 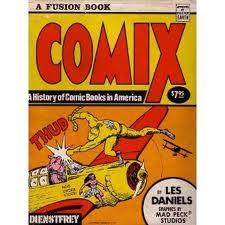 To that point, NOTHING was known to me, beyond that which appeared on the printed pages of the comic books themselves. Daniels’ work was more than a mere eye-opener… it was a full-throttle, rocket-boosted revelation that I simply DEVOURED!


It might not have been the first book on the subject, but it was THE BOOK for me! A true shining light on the dark corners of the unknown that was the comic book industry – publishers, characters, creators, etc. – in 1971. All here, in my hot little hands! 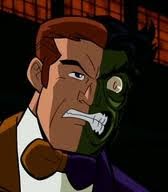 Indeed, when I had the privilege of meeting Les Daniels at a book signing in the ‘90s, I told him – as I now tell YOU – that it was through HIS SEMINAL WORK that I first learned of the character of Batman villain “Two-Face” (who had fallen out of use during the Silver Age)… and first learned the name of CARL BARKS!!! 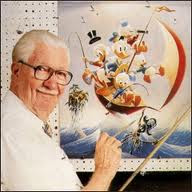 It was thanks to Les Daniels that I was finally able to put a NAME to the heretofore unknown (to me, anyway) best writer and artist of the Donald Duck and Uncle Scrooge comic books. And, someone whose game-changing work I strive to be the merest fraction as entertaining as when I am privileged to write American English scripts for Disney comic books. Yes, Carl Barks is a HERO to me… so what!

It’s hard to believe, from today’s perspective, that ANYONE close to these comics could not know the name of Carl Barks – but it was once the norm to be completely ignorant of this and many other things about comic books. 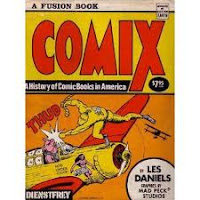 But, thanks to Les Daniels, fandom as a whole could begin to move out of those dark ages. Though I bought Daniels’ current book that signing day, it was my copy of “Comix: A History of Comic Books in America” that I asked him to autograph for me!

In high school, I may have already known about Barks—but Les Daniels introduced me to Jim Davis' FOX AND CROW! EEEEEE!

No; just one of his biggest fans! Oh, the bliss of that high-school discovery!

Why do I think I'm going to regret this?

I read COMIX back in the 70s and enjoyed it too -- though, at that time, knowing about Carl Barks wasn't that big of a deal to me. Definitely a pioneering work.

I have all of those books by Daniels. It was at the signing of one of them, that I had him sign my copy of “Comix”, because no single book has meant more to me. No single book could ever again take me from “near-zero-knowledge” and start me on my way!

Imagine, in this day of the Internet, anyone having “near-zero-knowledge” on ANY such thing that interested them for a decade! Just the collective Blogs of those commenting on this post (You, David, Chris, and me) have contributed worlds-more knowledge to those seeing it, than I could ever have imagined possessing in those dark days of 1971.

…In fact, I’ll give you Extra Points for mentioning “The Hays Office” – an occasional topic on this Blog!

Yes, “Comix” did indeed highlight “The Fox and The Crow”. But, they were known characters to me, as were Donald Duck and Uncle Scrooge. The difference was “Comix” (at long last) told me WHO “That Guy” was who did all those great stories.

I’d seen just enough of them to know WHO Daniels was writing about (even the “cyclone story” had just been reprinted for the first time in WDC&S, so I knew definitively whom Daniels meant) – and was enticed by the prospect of there being MANY more such stories that I would enjoy over the decades.

Glad to know you got a “first” from “Comix” too!

In all our years of conversation and correspondence, I’m not certain I knew you had a history with this book. How young a reader were you – and how much accumulated comic book reading could you have logged – if you read the book in a similar timeframe to mine? If the revelation of Carl Barks failed to stir you, I’d suspect you were a true young ‘un!

To all: Why was Les Daniels not better known and more celebrated as the pioneer researcher he was – to be spoken in the same breath as Don and Maggie Thompson, Roy Thomas, Jerry Bails, etc.?

I think I first read COMIX when I was in high school, 9th or 10th grade, so I would have had very little acquaintance with Duck or Mouse comics. (There is also an early Gottfredson strip in there, correct?)

Yes, two of Gottfredson’s early strips are reproduced. From a sequence where Mickey plays Cupid, complete with bow and arrow. This would have been the first time I saw Gottfredson, too!

And I read the book for the first time in 10th grade as well. It was my single most expensive book purchase to that point – and has remained “worth-it” uncountable times over!