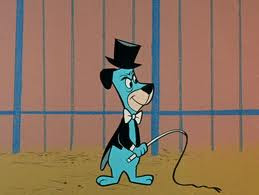 Today's entertainment comes to us through the courtesy of our talented friend Austin Kelly, who has produced, among many other delightful and informative videos on animation and animators, this compilation of the frightfully underrated work of Michael Lah in the earliest days of Hanna-Barbera (known at the time simply as "HB Enterprises"). 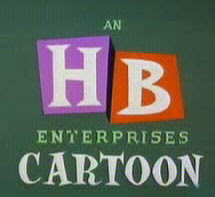 Among other biographical notes, Michael Lah was an animator in Tex Avery's unit at MGM, became a director with Avery's departure, and was Bill Hanna's brother in law! 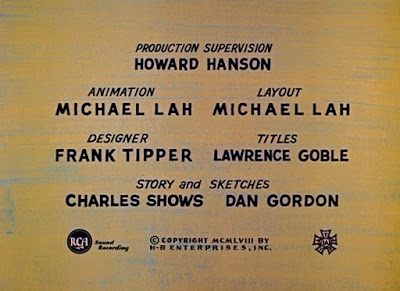 His lively and spirited work (all the more amazing within the limitations of Hanna and Barbera's newfangled "planned animation") made many a cartoon from the first season of THE HUCKLEBERRY HOUND SHOW (1958) that much more memorable.
Among them "Pie Pirates"... 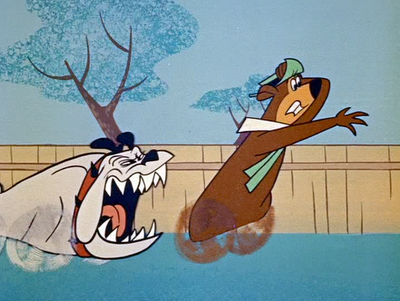 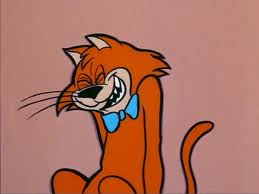 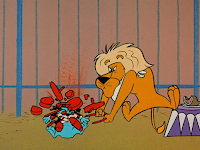 One final observation on the video you are about to see... Lots of folks can edit together a video compilation.  The extra step of genius in what Austin does here is set it to appropriate HOYT CURTIN (later and very familiar) Hanna-Barbera music cues, vs. the stock music that was used in the original cartoons before a "regular composer" could be worked into the budgets.
So, you've literally never seen this familiar animation set to these familiar cues!
Take it away, Austin and Michael Lah...  HERE!

Austin also has a YouTube channel, to which I've subscribed.  If you like Warner Bros. and early Hanna-Barbera cartoons, and want to know more about the folks who made them so great, you should all do the same! 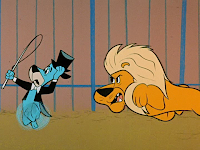 ...And do it quick before an animated Lah-lion gets you!
Posted by Joe Torcivia at 8:46 AM 10 comments: