Separated at Mirth: Pop (Up) Quiz 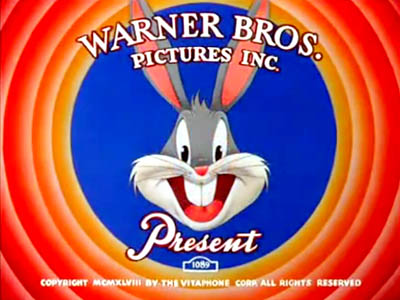 Today's "Pop (Up) Quiz": Which animated character was Bugs Bunny's closest successor, or "HARE apparent", if you will?

If you ask me, I'd say it was The Pink Panther! 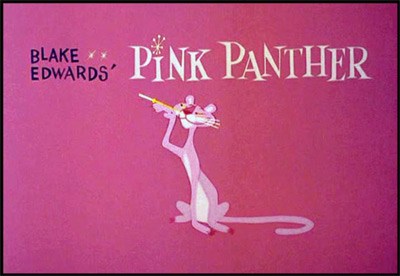 Both were tall, slim, and handsome figures, with a theatrical bent. 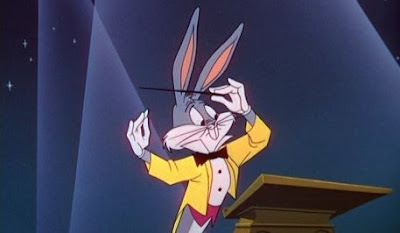 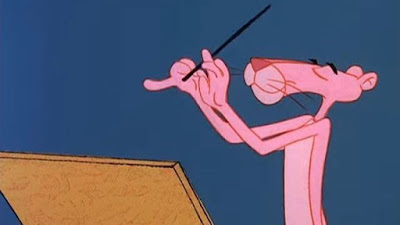 Both were profoundly influenced by animation legend Friz Freleng. 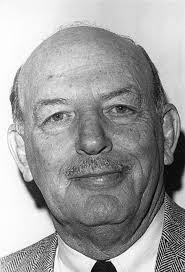 Both confounded the heck out of smaller, often fiery, regular adversaries. 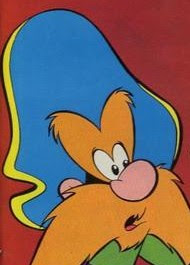 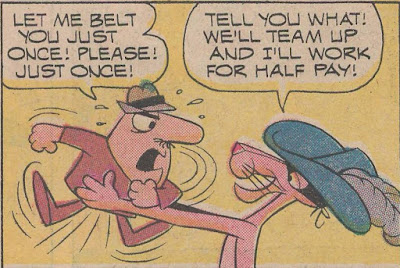 And both were published by Gold Key Comics! 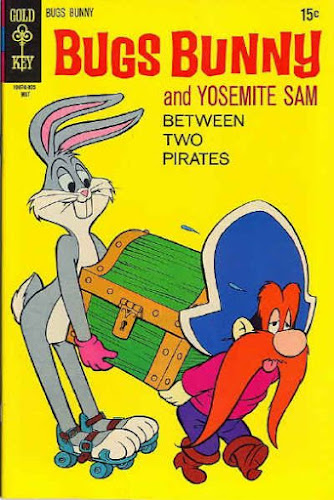 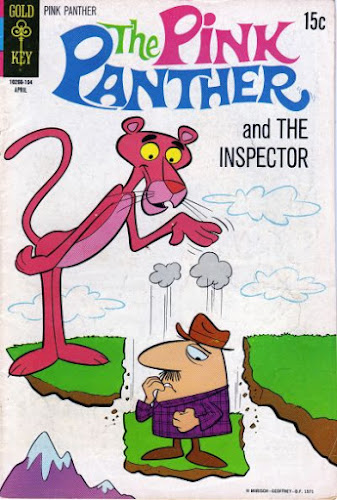 In fact the only thing missing might be... a SEPARATION AT MIRTH! 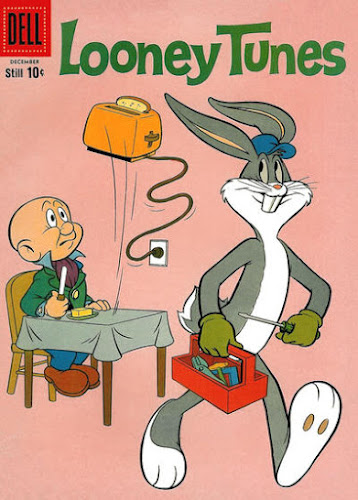 And MARCH OF COMICS # 376 (The Pink Panther) 1973.  Dell, Gold Key, and March of Comics all emanated from good old Western Publishing in Poughkeepsie, New York! 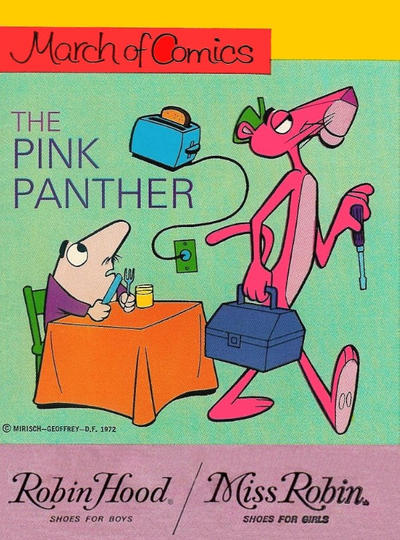 Beyond the gag, even the layout is almost identical!  ...Screwdriver and all! 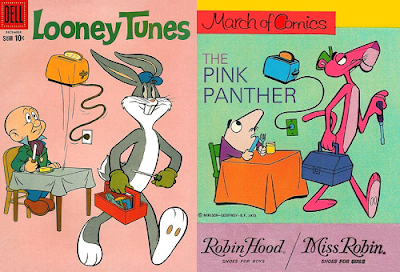 And there you have the answer to our "Pop (Up Toaster) Quiz" - another electrically-powered jolt of SEPARATED AT MIRTH!

Very good points about the similarities between Bugs Bunny and the Pink Panther. Incidentally, both Yosemite Sam and the Little Man from the Pink Panther shorts were based on Friz Freleng, in terms of both their appearance and their temperament.

And Friz himself seemed to view the panther as Bugs's closest successor, as this great drawing illustrates: https://www.pinterest.com/pin/421508846347982046/

As to those covers, I'm going to go out on a limb and say that the Pink Panther one MUST have been based on the Bugs Bunny one. The two books were published by the same company, after all, and the layouts of each cover are simply too similar to be a mere coincidence. Do you know if Western artists had a practice of mining the archives for inspiration?

That is a wonderful image! HERE is Sergio’s link for your viewing pleasure!

Perhaps the greatest ANIMANIACS episode ever. “Back in Style” (1997) also made reference to this – in just ONE of SO MANY great moments:

 “Friz Freleng erases Bugs Bunny's head on a drawing and replaces it with that of a panther - and then rushes off to turn the drawing into a cartoon of his own, titled "The Gray Panther", leaving a frustrated Chuck Jones in the dust. This is a reference to Freleng co-creating the Pink Panther character alongside Hawley Pratt - initially for the opening credits of the 1963 Blake Edwards film of the same name, but the Panther would then star in a series of short films produced at DePatie-Freleng Enterprises, which Freleng co-founded with business partner David H. DePatie.”

If you EVER have the opportunity to see “Back in Style” you MUST do so! There are more gems for animation fans in that episode than I ever believed possible of a commercial TV project!

I think just a little too much time passed for the Pink Panther cover to have been directly based on the Bugs Bunny cover – but I also don’t believe it was purely coincidence. I know of no evidence of “Western artists mining the archives for inspiration” (having met and/or corresponded with some of them) but my theory is not very dissimilar…

One of the (many) disagreements I have with GCD is that, by their way of viewing things, covers have NO writer or scripter – unless maybe there is a line of dialogue that someone must have written.

I strongly disagree with this because, for instance, Carl Barks WROTE (conceived) the cover gags he did for WALT DISNEY’S COMICS AND STORIES, UNCLE SCROOGE, and DONALD DUCK. Yet, I am not allowed to list him as a writer for any of these covers – per their rules.

But SOMEONE, be it Carl Barks, Chase Craig, Vic Lockman, Don R. Christensen, Del Connell, Carl Fallberg, etc. came up with the cover gags for the Dell and Gold Key comics (including March of Comics) and most (if not all) of them kept records of their work – and it might just be an individual writer or artist sifting backward through his own work for something he can reuse.

I have no proof of this but, considering that none of these guys worked daily in the Western offices (save Craig and Connell), looking up the archives might be less likely than reviewing one’s own past work.

Regardless of the reason, so many such similarities exist (and not limited to just Western) that they are the very basis of my “SEPARATED AT MIRTH” feature.

See, that's one reason I always use INDUCKS over GCD when available — INDUCKS does credit the person who had the "idea" for a cover! It's a separate field from "writer", and which they also use on story entries when the original premise/gimmick was suggested by someone different from whoever wrote the actual plot breakdown and/or synops (e.g. when a publisher would tell Barks "so what if you did a thing about a volcano" and left the rest to him).

if so, I must give it to INDUCKS over GCD on this count. And, trust me, this is FAR from the only “difference of opinion” I have with the prevailing directions and dictates of GCD. Thankfully, I’ve had the good fortune to work with a very like-minded editor over there – and it’s resulted in a very large body of productive work, for someone who’s only been involved little over a year and a half. If not for him, I might have already departed in frustration.

That said, and to go beyond the ridiculous personality clashes that abound in what SHOULD be a celebration of comic books by an enthusiastic and like-minded community of folks (…which I was so disappointed to find that it was not), GCD is probably the BEST single source of information for all comics! Before I joined, and to this day, it is an invaluable resource – especially when it comes to organizing my own comics! …And, nothing of which I’m aware can replace it as such!

So, I continue to make it better, one detailed index at a time!

In a way, I can kinda-but-not-really-understand their unwillingness to ascribe a writer to a cover. Unless you *know* that a specific writer created a cover gag (…as in the case of Carl Barks and, in other obvious instances, Vic Lockman – or have notes or correspondence from some who *actually says* they wrote or conceived this cover gag), it’s almost impossible to know because so many hands have their sticky fingers in it.

But there ARE certain cases where it DOES apply and, when indexing one of those, I’m not allowed to add the credit. Ah, but when I get rich, buy up GCD, and put you and David Gerstein in charge of content, things are gonna be different! :-)