Once upon a time, there was a word that served as a slang term for “Detective”, as seen in the title of this classic W.C. Fields film. 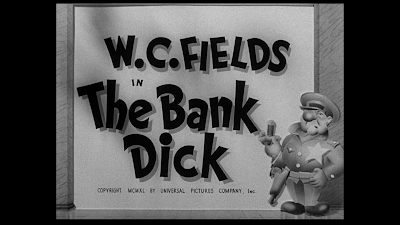 In that sense, it also played a key role in the naming of this iconic comic strip character. 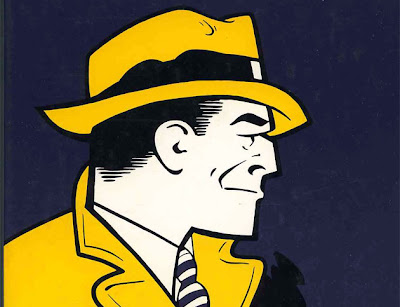 Along the way, our featured word acquired certain “other meanings”… including, but certainly not limited to, a person who indulges in purposefully rude, obnoxious, and insensitive behavior.

Oddly, in the 1939 film “Charlie Chan in Honolulu” – a film, coincidentally, about a DETECTIVE – one (or more?) of the word’s later-acquired multiple meanings inadvertently come into play. 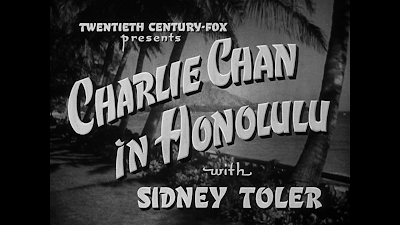 Watching it with the CAPTIONING ON only “enhances” the experience, as seen below, when two crooks discuss "the guy on the left's effectiveness at passing himself off as a detective". 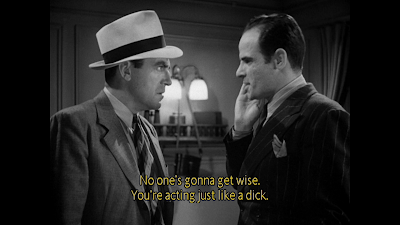 In tandem with the image and text below (backing the film up just a few frames), whatever one might be thinking right about now likely becomes doubly reinforced. 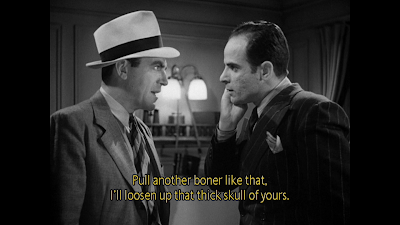 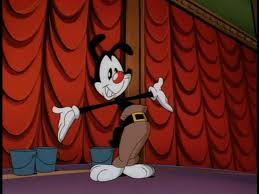 Hah!  For once, we got the last laugh on old Will Hays!
Posted by Joe Torcivia at 7:30 AM

A lot of people still think "Gunsel" was slang for "gunman" when Sam Spade refered to Wilmer Cook as a gunsel in "The Maltese Falcon". It still gets a laugh when anyone learns the truth about it. :)

As if all the potential “Give him the Bird!” jokes weren’t enough to tarnish “The Maltese Falcon”… now this! Hah! Take THAT, Mister Hays and Mister Breen!

Golly, I sure have the swellest group of commenters in the whole gosh-darned world, I bet’cha!

Even some dictionaries still define "gunsel" as "gunman." It turns up sometimes in detective stories that are trying to imitate Hammett (and Chandler and Spillane). For instance, IIRC, in the pilot for the early 1970s TV private eye series "Banyon," a cop refers to a hit man as a gunsel. There was no sexual connotation, and the script writer obviously intended it to mean a hired gunman.

Jay Livingston and Ray Evans originally entitled their Christmas song "Tinkle Bells" until Livingston's wife pointed out that "tinkle" could suggest something other than bells ringing. So the song became "Silver Bells." Also, I've heard that the phrase "making love" once meant flirting, or just talking about a romantic subject. By the late 1950's, it must have acquired its present meaning. Eva Marie Saint's line in "North By Northwest" had to be changed from "make love" to "talk love." And "dick" as slang for detective is like "gunsel." That is, I've never heard it except in murder mysteries that were trying to emulate Sam Spade and Phil Marlowe.

After all this gunsel stuff, Anon and ‘Rehab, the next time I watch STAR TREK’s “The Ultimate Computer”, I’m afraid to ask is there’s an “alternate meaning” to “Captain Dunsel”.

After all, there already was a “gunsel” in STAR TREK, with Elisha Cook Jr. appearing in “Court Martial”, now do I have to worry about what a “dunsel” might mean?

If nothing else, this thread*has* been an education! …Gotta give you guys big props for that!

…And, TCJ, you almost made me fall out of my chair! FABULOUS!