A true giant of the comic book world has has left us, with the passing, on February 23, 2020, of Russ Cochran - publisher, historian, archivist, and (perhaps, first and foremost) fan!

Everyone who visits this Blog, owes an almost incalculable debt to Mr. Cochran, for both the multitude of things he actually did, and the many more things he either significantly influenced or set in motion for others to bring to fruition! 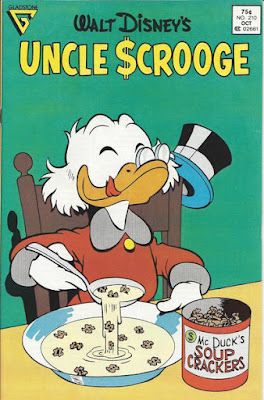 I wrote the following to the mailing list at Grand Comics Database, which I will reproduce here...


As a reader of the original Gladstone Disney comics, and the hardcover "Carl Barks Library", I'd say the world of classic comics has suffered a tremendous loss!
Those original Gladstone issues were the first such comics to run actual creator credits for those who had toiled for years in unfortunate anonymity.
They were the first in the modern era to bring Floyd Gottfredson's Mickey Mouse to a wide audience.
They were the first to treat the American readership to the great European talents of Daan Jippes, Fred Milton, Victor A. Rios ("Vicar"), Daniel Branca, and Romano Scarpa.
And they were the first to run letter columns in Disney comics, as was standard practice for most other publishers at the time.
In other words, it was Russ Cochran and Bruce Hamilton who brought the Disney comic book - and, actually, the funny-animal comic book in general - into the modern age!
Oh, and there was also the discovery of Don Rosa and William Van Horn!
...And Little Lulu and EC reprint collections!  ...And so much more!

Beyond those comments, I daresay that Russ Cochran (perhaps with Byron Erickson) was the difference between the historic Gladstone Series 1 (1985-1990) and the more tepid (though "spectacular by the current publisher's recent standards") Gladstone Series 2 (1993-1999)... and that's all I'm gonna say on THAT topic!

Rest in Peace, Mr. Russ Cochran... and thank you for everything! 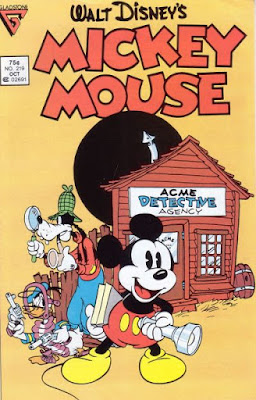 I don’t know what to say that you haven’t already said here. I just feel like this post shouldn’t go on with no responses. Gladstone Comics are some of the best Disney comics ever published, and for bringing these books back to an appreciative public, Russ Cochran and Bruce Hamilton deserve to be remembered.

And, while Bruce Hamilton may have faltered a bit when on his own with Gladstone Series II, we owe both of these important gentlemen a tremendous debt of gratitude!

Given the large number of Disney comic book enthusiasts that follow this Blog, I kinda wondered about that “response thing” myself! Russ Cochran’s passing got more of a response (including my own, reproduced for this post) among the more general audience at GCD.

Glad you took up the slack for our team!